Before exploring the Nepali education system, let’s discuss in brief about the country’s background. One of the economically backward countries from South Asia, Nepal is a land-locked country. It shares its borders with two big giant countries i.e. China (North) and India (East, West and South). Known for being the birthplace of Lord Gautam Buddha and the home for the highest peak in the world, Mount Everest, it is rich in natural resources. The education system in Nepal is mostly traditional and backward compared to the Europeans and Americans who have adopted high resources and technology in learning process.

Education in Nepal was completely informal until some years ago and is still seen as a privilege by many. In many developing nations including Nepal, education is not accessible to a large portion of the population because their society believes education is only valuable if your parents can afford it. In addition, technology has revolutionized the education field. With school going children having access to a computer and an internet connection, the requirement of educational institutes has reduced a lot in the past decade. The economics and the location of Nepal is such that they have a high literacy rate and a low standard of living compared to neighboring countries.’

Classification of Schools in Nepal

Most of the children start taking their formal education at the age of five by joining Grade 1. As per the education structure designed, the primary education also called the basic education consists from grade 1 to 8. The nest level is “Secondary level” which consists from Grade 9 to 12. There are also provision of Pre-primary education where students get enrolled from Nursery or Montessori level.

Previously, students need to give District Level Examination (DLE), which is now named as a Basic Level Examination (BLE) on grade 8. After this, examination conducted at the end of grade 10 is called national Secondary Education Exam (SEE) which was previously named School Leaving Certificate (SLC). The early structure of education defined SLC level as the iron gate as it was the final exams to pass the school level. As of now, students need to pass their 12th grade exams in order to finish school level education. All three level of exams, i.e. BLE, SEE and 12th grade is supervised by the National Examinations Board (NEB)

Upon completion of school level, one can join University level program in order to obtain Bachelor’s, Master’s and higher degree. As of January 2022, there are 14 universities in Nepal. Tribhuvan University is the first and the biggest university of Nepal that has already enrolled millions of students.

As discussed above, there are three main exams taken in Nepal’s school education. The first, is at grade 8 as Basic Level Examination (BLE). It is followed by Secondary Education Exam (SEE) at the end of grade 10. The final school level exam is taken at the end of grade 12. All of the three levels are supervised by National Examinations Board (NEB).

The first school in Nepal was created by Jung Bahadur Rana in 1853. It was meant for the elite and was called Durbar High School. The main purpose of the establishment of the school was to teach children belonging to the Rana family but was later opened to public citizens by Dev Shumsher in 1901. When Nepal gained democracy from the autocratic rule of Rana Dynasty in 1951 (2007 B.S.), it opened

In 1918, then Prime Minister of Nepal Chandra Shumsher established Tri-Chandra College which marked the first formal higher education institutions In Nepal. In 1959, Tribhuvan University (TU) was established after the country gained Democracy ending the tyrannic rule of Rana dynasty. The university is the 12th largest university in the world in terms of enrollment.  It was the only university until 1985 in the country.

In 1986, Mahendra Sanskrit University (now named as Nepal Sanskrit University) was established in order to offer degree and non-degree research works based on Sanskrit alongside conducting training programs on Yoga, Vedic and Buddhist teaching.

Nepal’s third university is Kathmandu University (KU) was established in 1991 which offers undergraduate, graduate and postgraduate courses. Similarly, Purbanchal University was formed in 1995 followed by Pokhara University in the following year. In addition to national universities, there are large number of colleges in Nepal affiliated to foreign universities.

How many Universities are there in Nepal?

As of 2022, there are 14 universities in Nepal. They are listed below:

There are two proposed universities that might come into existence later:

How to Improve Education System in Nepal?

Every stakeholders including the Government, students, educational institutions and parents are not satisfied with what is going in the current scenario of Nepalese education. Everybody is looking for improvement from the better results because Education is the prime thing that leads to a sustainable development of the country. We have a lot of talented students and teachers, but unfortunately, there are not enough qualified teachers for every child in Nepal.

We do need more teachers. But most of the people who can be a teacher don’t take it seriously. We also have not enough funds to pay their salary. The government spends less than 2% of the budget for education. The well-qualified and deserving people often chose other professions and engage themselves in high-paying jobs. To improve our education standard, qualified and well-trained teachers must be introduced. However, they need to be retained in the industry with regular motivating facilities.

We need to give more choice to students so they can choose their own subjects and teachers. In order to support students in their studies, we need to give more autonomy and freedom to teachers in their classrooms. All of the students don’t have same plans and targets in their lives. Some might have dream of being an astronaut whereas some are seeking to be an artist. If students are offered multiple courses, they can enhance their skills and abilities in the field of their interest. It has already been proven that the people learning and working in the field of their passion has become more successful and deliver the best outcomes.

The government should provide good training and resources to the teachers so that they can work in the best way possible. Teachers need to be encouraged and the deserving ones must be welcomed in the industry of sharing knowledge. They need to be provided satisfying facilities alongside regular training and supervision. The quality of teachers is very important. We need to train teachers and support them. In the past, teachers had little training, so we need to provide more training for teachers.

We also need to make sure that all teachers have a regular salary and good housing, which will be helpful for them to do their jobs better. Education needs huge funding where students need to have resources besides regular classroom and physical infrastructure. Several new methods of learning must be introduced for better learning process.

We need to improve the physical infrastructure in schools, such as schools with proper air conditioners and water purifiers. The government has started to work with international partners on this issue.

We need more focus on education and less focus on politics. We have not enough time to talk about politics. There are too many things that the government should focus on, such as security, healthcare, etc. This sector must be kept in the first priority by the stakeholders. No country can get its success and achieve its goal without being developed in the education system.

Problems of Education in Nepal in Points

The problem of Education is a big problem in this country, there are so many problems in the school like lack of infrastructure and lack of teacher. The problems of education in Nepal are the same as in many other countries. The problem is that we’re using the wrong system. We’re teaching the students how to learn. We’re focusing on memorization. But that’s not the only way to learn. You can also learn by watching and listening. The main problems of education in Nepal in points are:

The education in Nepal is mainly focused on academic courses which might have included several outdated and unrealistic topics. Practical/ Professional courses produces skilled manpower through which the entire nation can take huge advantage. The courses offered at various Medical Colleges, Engineering Colleges, etc. are referred to Professional courses. However, more than 90% students are enrolled at pure academic courses for higher studies in Nepal.

Education is the main tool for people to develop themselves and the future. It’s the basis of human beings’ lives. But for the current generation, it’s not always enough. The professional course is an important educational platform. For example, it’s the main content of the teaching system of the university and high school, as well as the course of education for adults, etc. The professional course is the core of modern society. And it’s also the basic unit of the education system. In this course, we are taught about the world, about ourselves and about life, so as to create a professional foundation for later life. 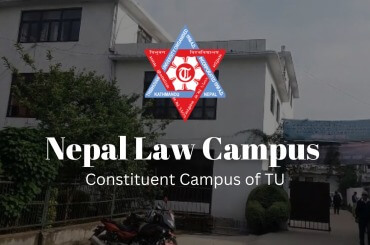 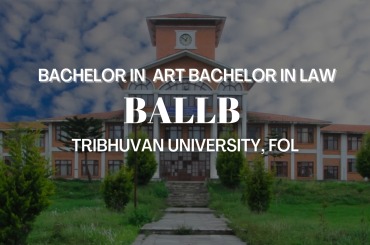 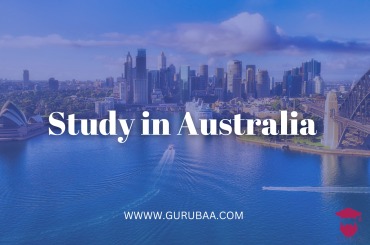 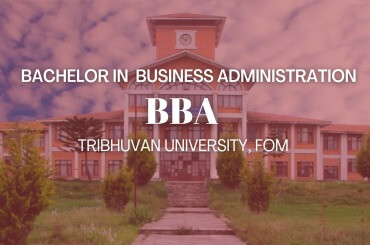